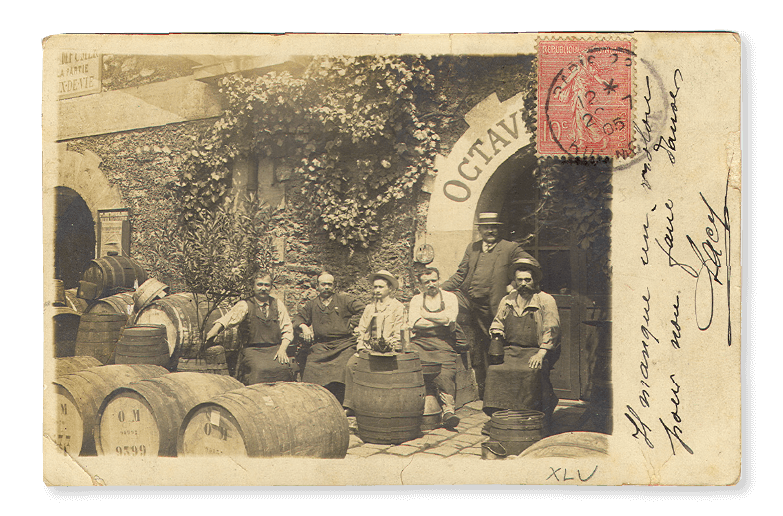 One should never judge a book by its cover. Despite its modern location by the Seine, the district of Bercy has a unique and festive history that still affects it today.

Try to imagine : In Bercy a man standing on a canoe is about to harpoon a fish. He stumbles, falls in the water and his boat sinks in the swamp. This isn’t a fictional story ! In 1991, construction workers in Bercy uncovered ancient pirogues and a bow dating from 6 500 years ago. These artifacts are among the oldest ever found in the Paris area and are now conserved within the collections of the Musée Carnavalet.

Later on, in the days of the Gaul and Romans the area was still covered with swamps and mostly uninhabited.

According to the legend, the origin of the name “Bercy” comes from an island located on an estuary of the Seine river called “Belsinaca” where Celtic tribes established some huts, circa 850. They later abandoned their island to escape to the Normans and made a stop near the Parisiis, our Parisians ancestors.

From Percy to Bercy

In the 12th century, the name of the area of Bercy – then written as Percy –  is officially quoted as “Insula Berciliis” in a donation act from Louis VI to the monks of the Abbey de Montmartre.

In 1172, it is named a new seigneury : the barn of “Bercix”. Yet the final spelling isn’t established until 1415 when the area is named the “Seigneurie de Bercy”, a domain belonging to the Montmorency family.

This fiefdom successively hosted fortifications and leisure accommodations for nobility until the construction of a magnificent castle in the 17th century. This château was the property of Charles Henry de Malon, lord of Bercy and Colbert’s grand-nephew. Although nothing remains of the building today, it was described as a splendid palace designed by Le Vau, with terrace gardens on the Seine banks drawn by Le Nôtre; almost as a magnificient as Versailles.

the sun king’s will

The destiny of Bercy took a turn in 1704, when Louis 14th came to attend a mass in Notre Dame de Bercy. As the ceremony was going by, the king suddenly noticed someone standing among the kneeling crowd. This was a crime of high treason! The standing man was immediately brought to the king to meet his judgement… until everyone realized the man was extremely tall, and he was, in fact, kneeling all along.

After the mass, the giant – known according to the legend as Martin, a wine-grower from Burgundy – used this unique occasion to meet the Sun King, and to complain about the taxes preventing him from selling his wine. Amused by the entire situation, the king released Bercy from the main tax, the “octroi”, to enable Martin’s wine business to prosper.

Thus, the first wine cellar of Bercy was born.

Perfectly located along the Seine – one of the main transport route from Burgundy – Bercy became the most desired district for wine merchants.

After the Revolution, the number of wine cellars increased and the district was reorganized by Violet le Duc in 1878 to become the “Entrepôts de Bercy” ( the Bercy warehouses ).

At that time, it was the largest wine market in the world, sitting on 43 hectares. The Parisians were frequent visitors to the district, where wine was free of taxes and numerous bars and “guinguettes” flourished. With all these festivities, Bercy became known for its warm and lively atmosphere.

Wine merchants, customers, workers, and artists like Daumier met with the “canotiers”.  Young boys and girls mingled in Bercy to row along the river Seine dressed as mock sailors, wearing a straw hat known as “le canotier”, one of the most famous symbols of the Parisian life.

People met at the Rocher de Cancale or at the Marronniers to seal a deal or to relax with a glass of “Bercy wine”.

Memories of  “Joyeux-Bercy” survived through the work of artists inspired by the district and its inhabitants. Daumier’s caricatures, Eugène Atget photographs and Julien Duviver’s 1951 movie Sous le ciel de Paris have all contributed to capturing the image and essence of Bercy.

Nowadays, it is difficult to imagine Bercy as a community enclosed behind walls, where traffic is limited to wine merchants and their clients, immersed in the smell of wine, wooden barrels and sulphur…

Bercy is unique in that it has survived many catastrophes, fires, and floods. In 1910, the river Seine overflowed and for a while, Bercy became a lake with wine barrels floating atop trees and roofs.

After 1960, because wine growers started to bottle and sell their production themselves, merchants began leaving the district. Bercy was progressively abandoned and marginalized, and the area became abandoned, giving a bad reputation.

In 1979, the construction of new sport and concert venue, Bercy Arena was confirmed, triggering the reorganization of the eastern part of Paris.

Most of the wine cellars were demolished, but the Pavillons de Bercy, one of the most longstanding warehouse plants, was preserved.

The new district of Bercy is now organized around a of the largest city park created in Paris since Haussmann. The 14 hectare romantic garden memorializes all the charming aspect of the 19th century Bercy.

Nowadays, this once decaying district has become a cultural and economic hub in eastern Paris with the metro line 14, Bercy village and its cinema, restaurants and shops.

FROM THE LHEUREUX WAREHOUSES TO THE PAVILLONS DE BERCY

The former Lheureux warehouses, now renamed « Pavillons de Bercy » enable us to imagine what the wine business was like in 1896 with merchants, workers, wine barrels, noisy chats, and the coming and going of horse carriages.

The buildings, which have been restored to their original condition, are a perfect example of 19th century industrial architecture with millstone walls, arched brick openings and iron beams designed by Louis Ernest Lheureux, a contemporary to Gustave Eiffel.

Today, the Pavillons de Bercy is composed of 6 buildings that cover a total of 8200 sqm on a 1.5 hectare property. It includes 2 private streets with 12 823 cobbled stones, a marbled piazza and 17 centenarian plane trees !

The former Lheureux warehouses have been listed among the French « inventaire supplémentaire des Monuments Historiques » since 1986.

Renewing the art of festivities

The Pavillons de Bercy – comprised of the Musée des Arts Forains, Théâtre du Merveilleux, Salons Vénitiens and Magic Mirror – are helping to revive the festive atmosphere of Bercy by hosting an entertaining museum dedicated to the traditions of fairground and performing arts across Europe.

The display was carefully curated and organized by Jean Paul Favand with the collaboration of the exhibition designer Pierre Catel (for the buildings and objects), the architect Jean-Michel Wilmotte, and the musical and plastic artist Jacques Rémus.

The merry-go-rounds, booths and showfronts: an overview of fairground heritage