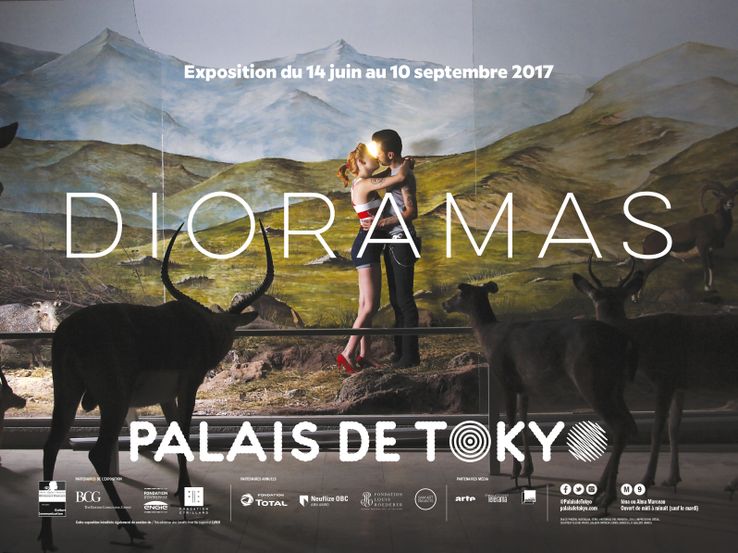 EXHIBITION DEDICATED TO DIORAMAS AT THE PALAIS DE TOYKO

The exhibition Dioramas, held at the Palais de Tokyo from June 14 to September 10, 2017, pays homage to Daguerre’s process as well as the famous historical and naturalistic dioramas popular in natural history museums. These two conceptions of the diorama share the reconstitution of a situation that cannot be seen for spatial or temporal reasons.  They give rise to a virtual reality, and invite viewers to believe, for a moment, the authenticity of the artifice .

Beyond the history of the diorama and its influence on major artists of the twentieth and twenty-first century, the exhibition Dioramas invites visitors to dive into the hidden mechanisms of this medium of art.

“A worthy heir of Daguerre, Jean Paul Favand, through his work in theater and entertainment, is one of today’s rare inventors and creators, who understands the need to reveal the invisible through illusion and emotion. ”

The two works of Jean Paul Favand presented for the occasion of the exhibition Dioramas, Naguère Daguerre 1 and Naguère Daguerre 3, are staged in bright and digital scenes on bi-faced paintings from a mechanical theater fairground from the 19th century. These paintings imitate the process invented by Daguerre.

After having restored these paintings from extreme fragility, Jean Paul Favand combined techniques of the past with more modern ones in order to restore their magic. His unique digital approach makes it possible to target the light and to emphasize the details of the painting so viewers can see it as he sees it.

THE DIORAMA, AN INVENTION OF DAGUERRE

Invented in 1822 by Daguerre, the diorama, whose etymology means “see through”, consisted of an extremely large, two-sided painted canvas. In the 19th century, these were truly visual illusion shows; by taking advantage of their two sides, the paintings on stage along with clever lighting effects gave the impression of movement.

It is the careful restoration of the canvases used by Jean Paul Favand for these works which allowed him to reveal the secrets of the dioramas by using of different densities of pigments to make the canvas more or less opaque on each of the faces and therefore allow or not allow the passage of light.

Jean Paul Favand’s light installation work uses both ancient and modern light tools. It mixes tradition and modernity using both LEDs and electric torches to revive both these paintings and this form of spectacle that has fallen into oblivion.

These two works can be discovered at the Palais de Tokyo as a part of the exhibition Dioramas, from June 14 to September 10, 2017.