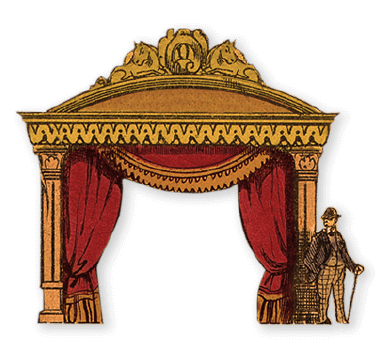 A prestigious venue in Paris

This millstone building, designed at the end of the 19th century by one of Gustave Eiffel’s apprentices now houses the replica of an ancient funfair with merry-go-rounds and attractions. It was the first room to be created in the Pavillons de Bercy.

This unusual and unique venue in Paris offers many different configurations. Its adjustable structure, enables you to enjoy a pre-dinner drink in one side of the room and have dinner in the other. It can also be dedicated entirely to a cocktail reception. The room is perfect for any kind of event: conventions, gala dinners, corporate events, award ceremonies, anniversaries, weddings and many more.

The opportunity to ride the centenary merry-go-rounds will provide your guests with an unforgettable experience. Several other attractions will test their skills and dexterity. Upon entering the site, they will be transported back to the 1900’s, the golden age of funfairs. 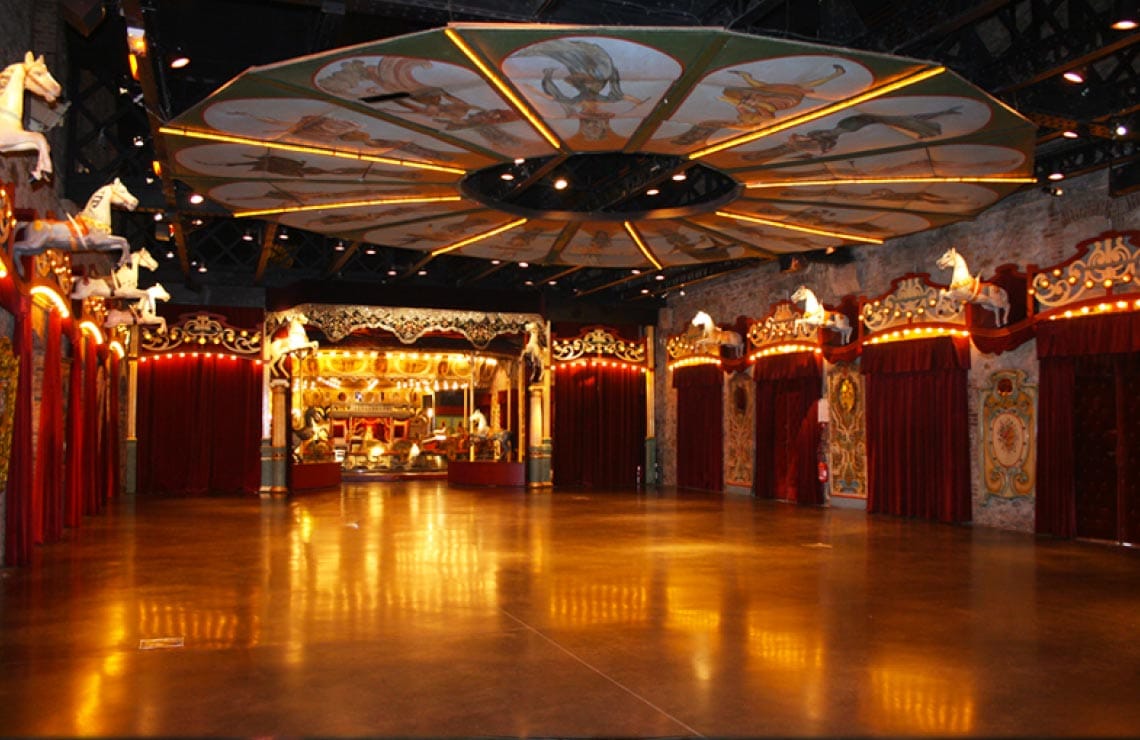 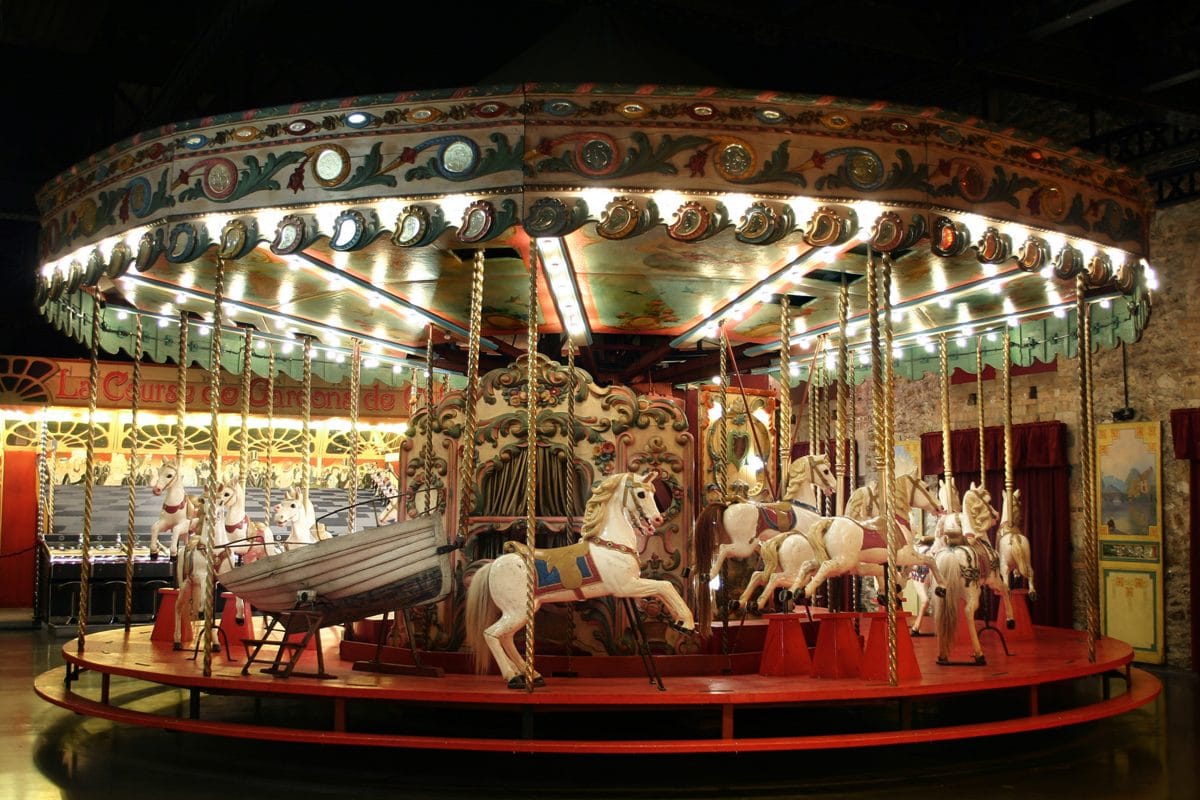 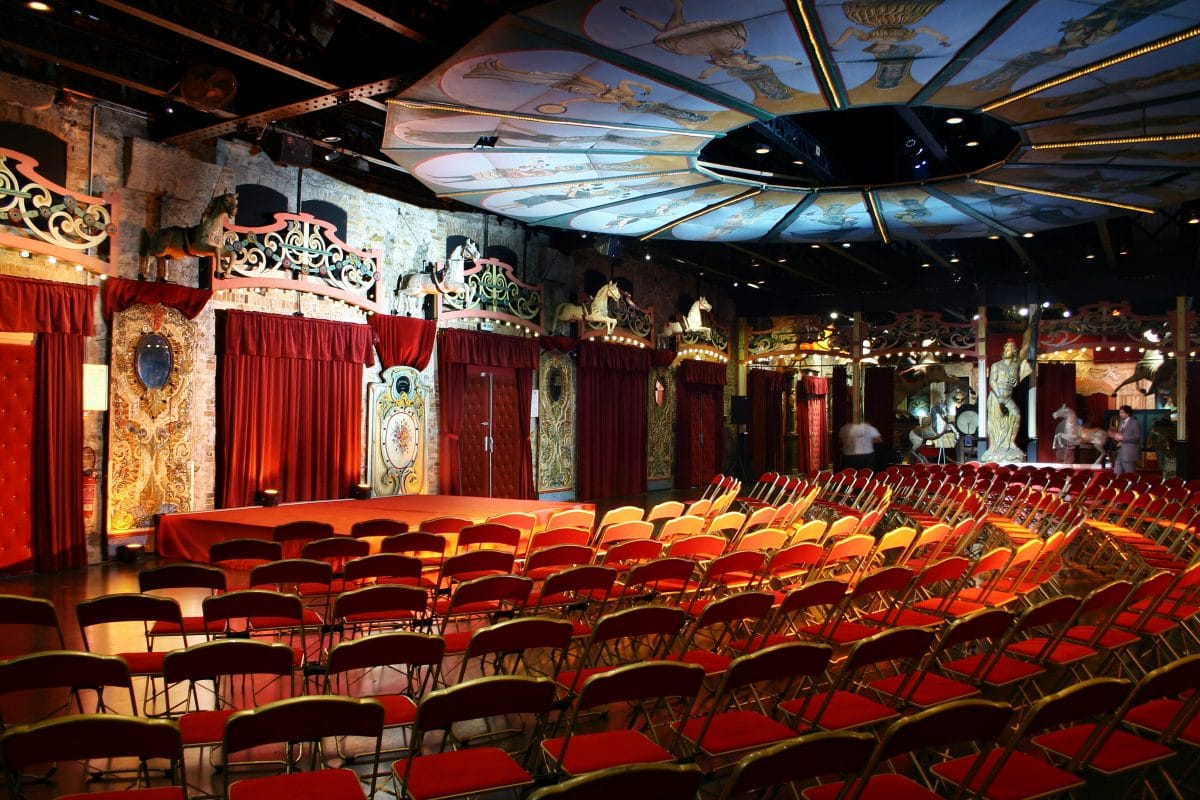 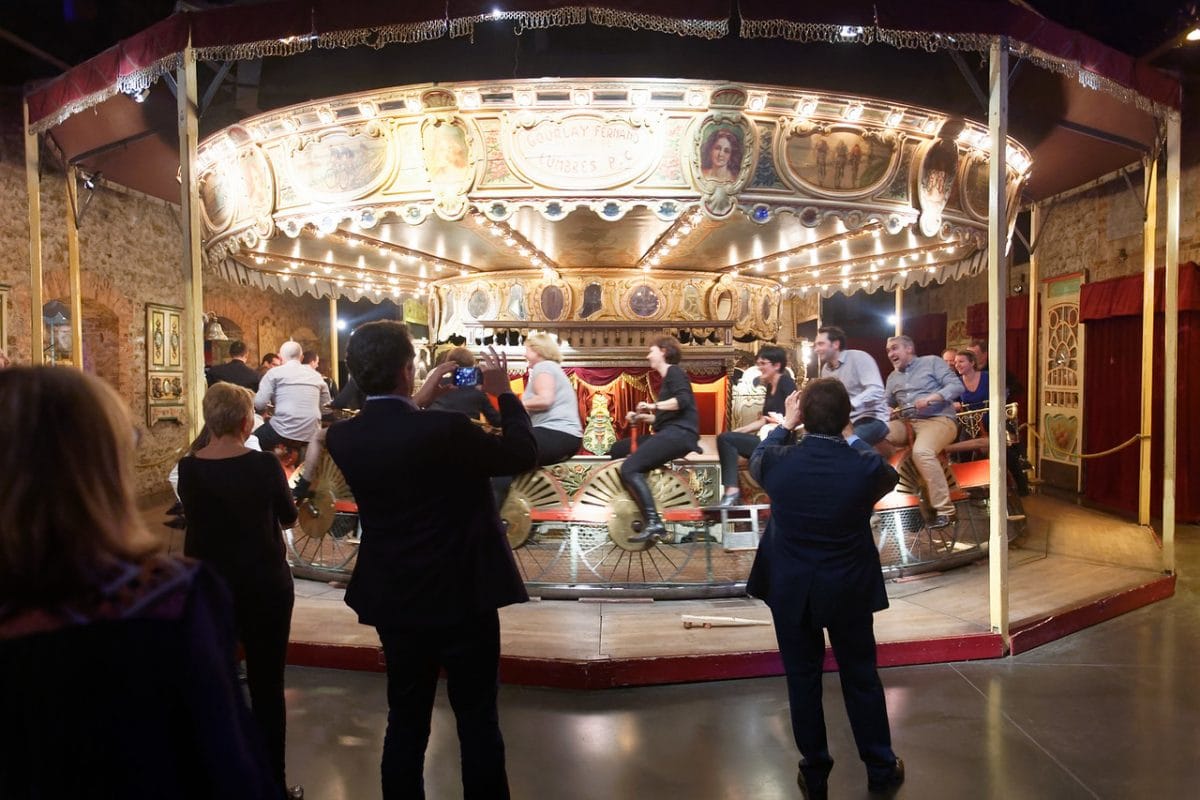 Adding a room : you can increase the capacity by adding another room (the Salons Vénitiens, the Théâtre du Merveilleux or the Magic Mirror) 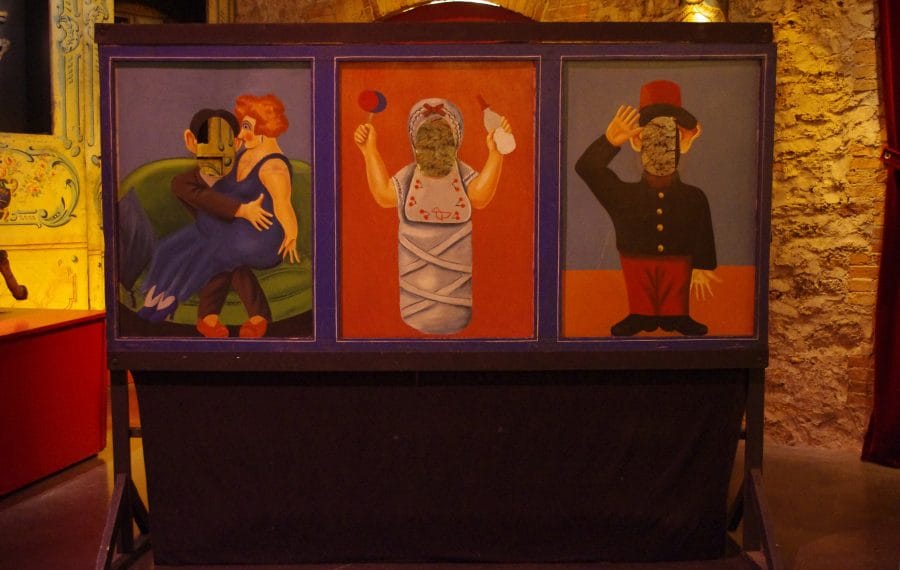 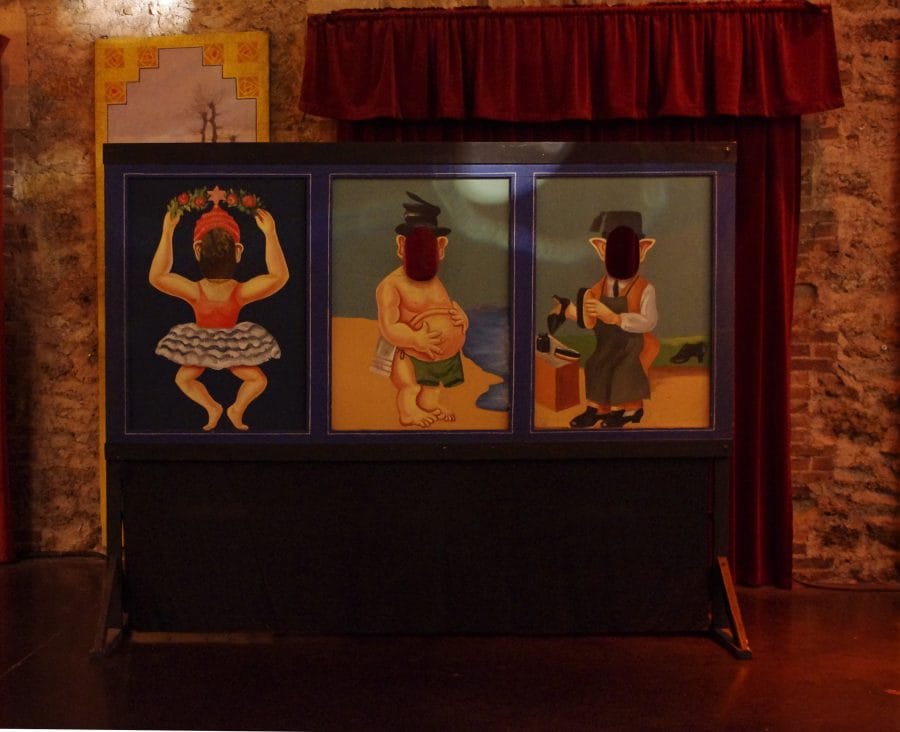 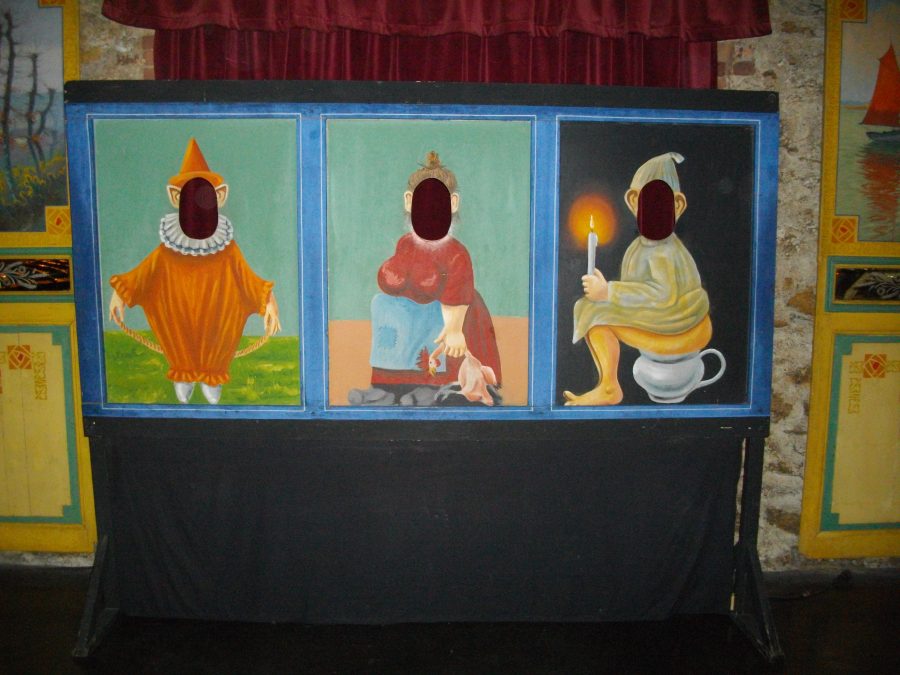 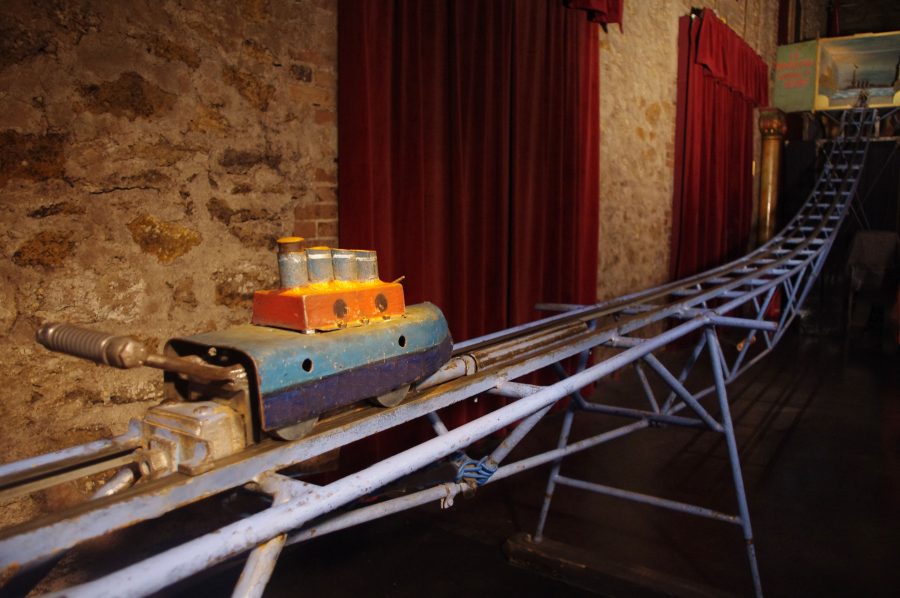 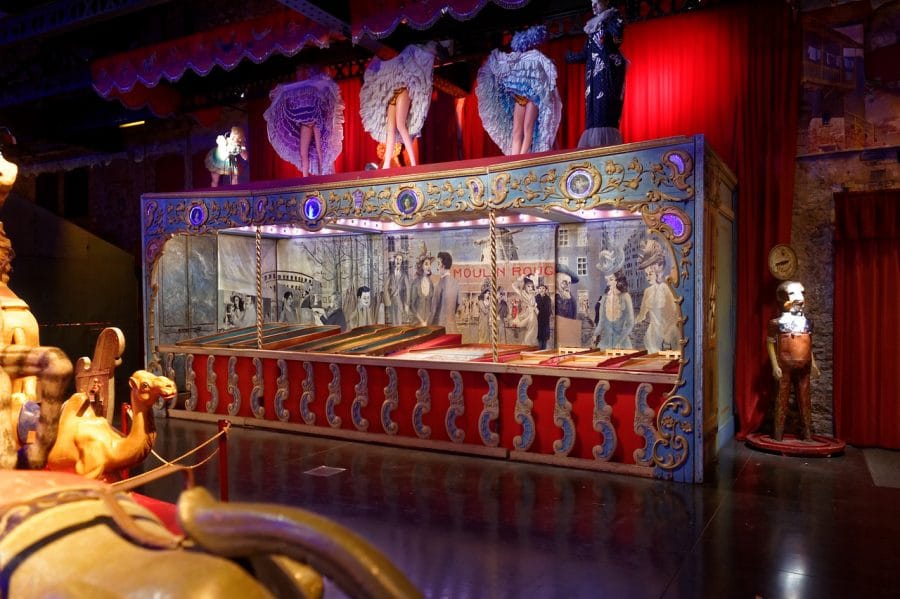 General view of the billiards booth 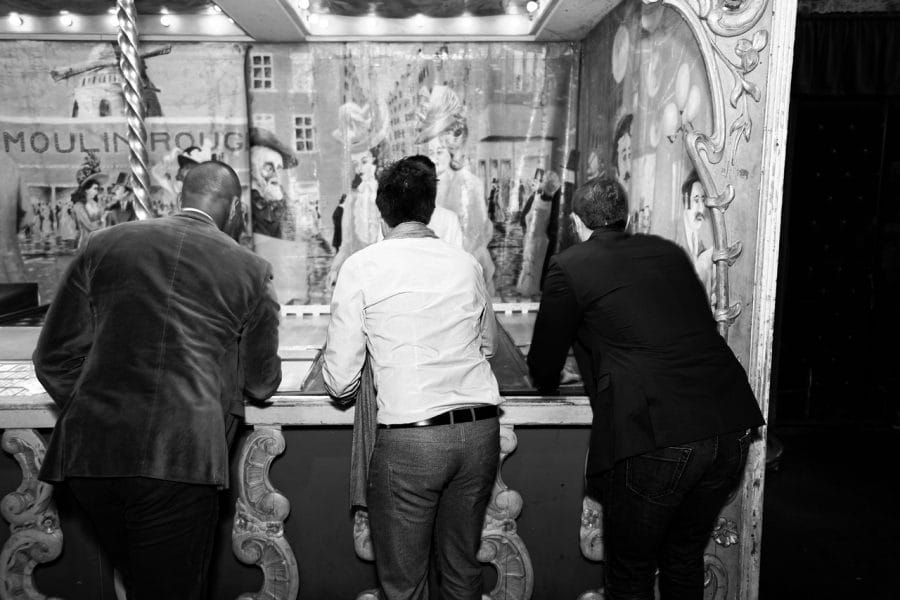 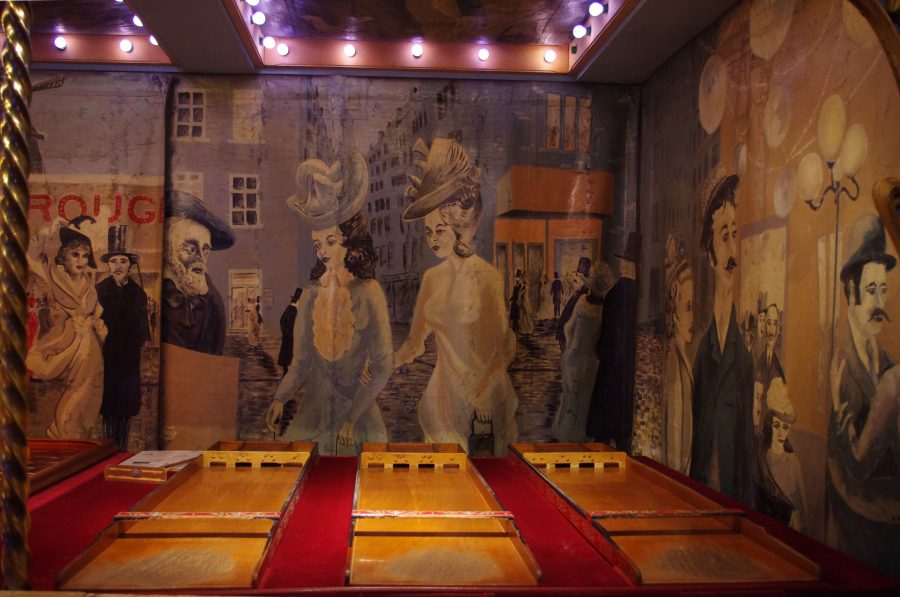 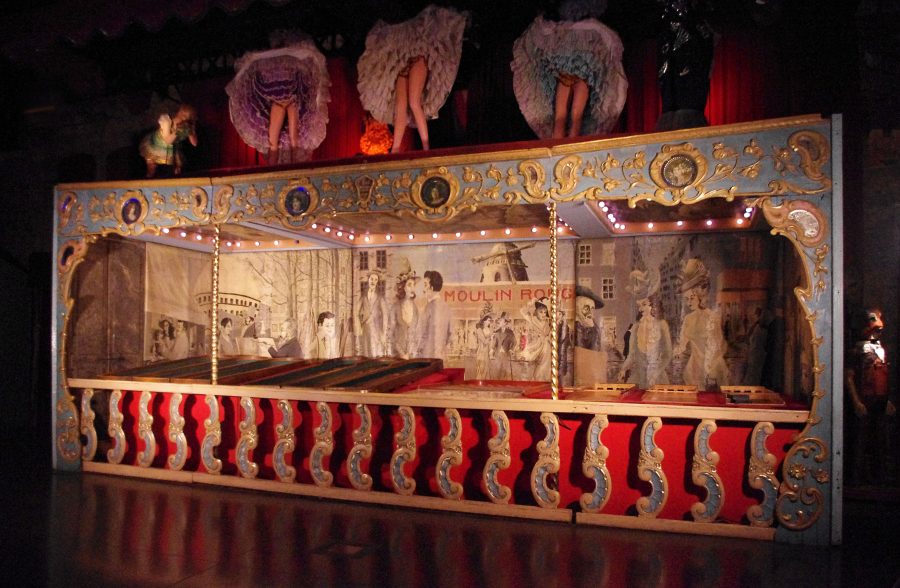 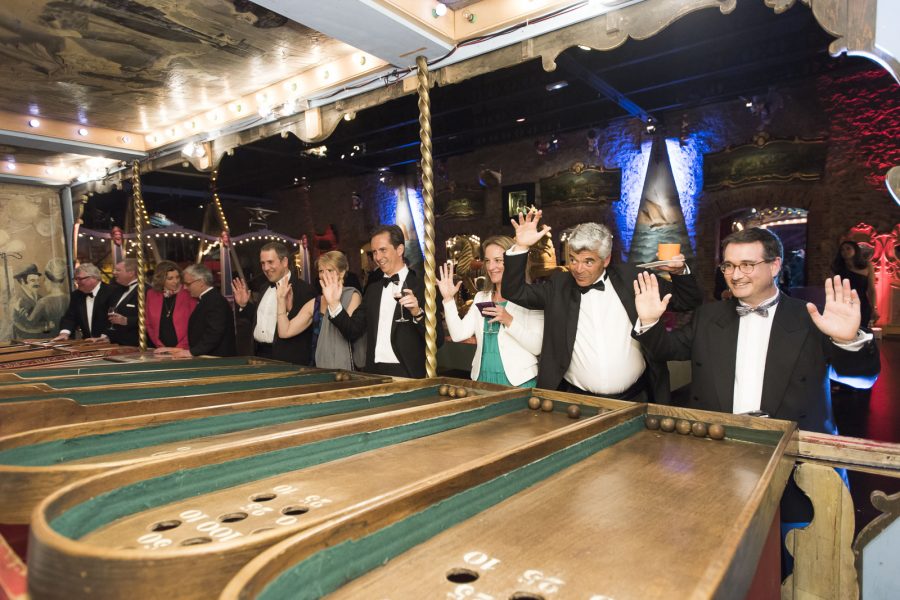 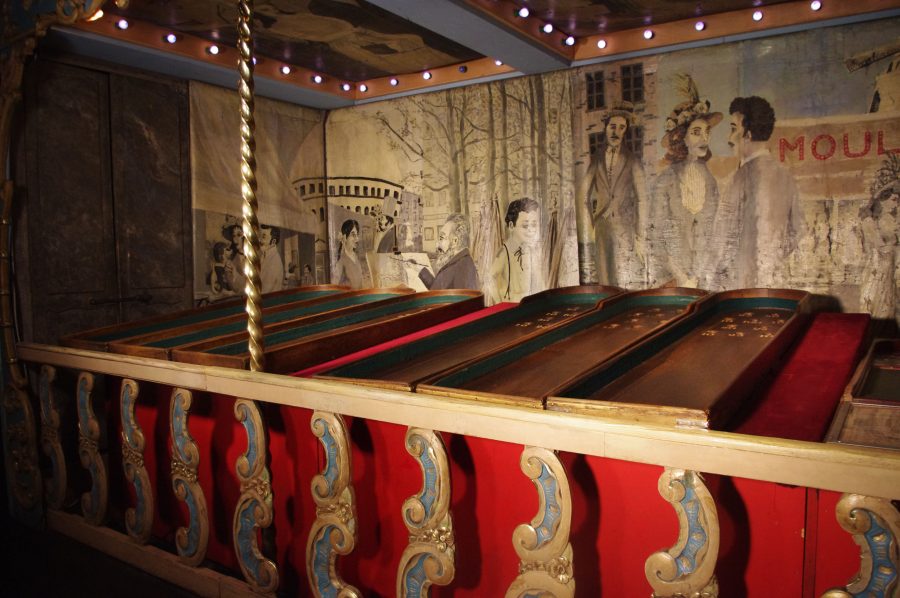 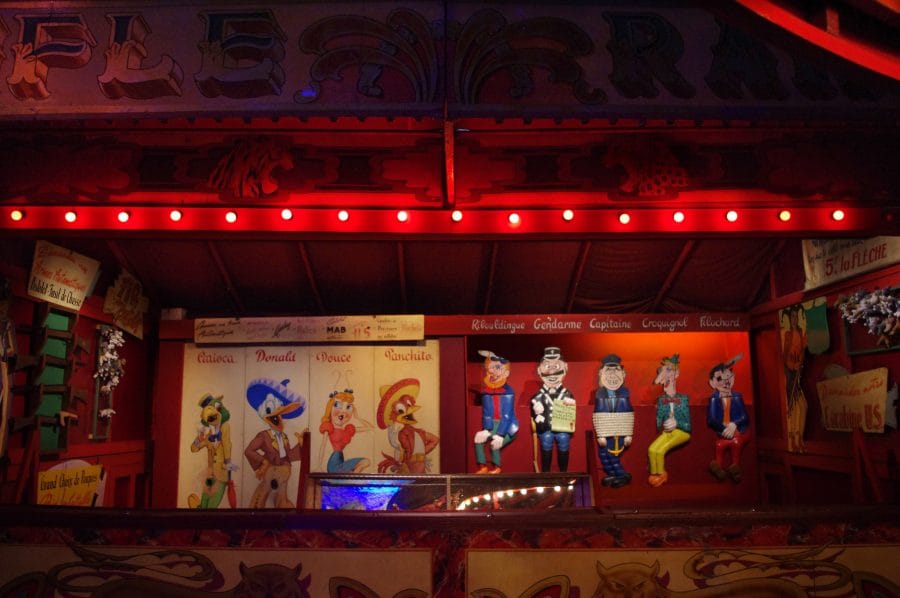 General view of the throwing game and shooting gallery 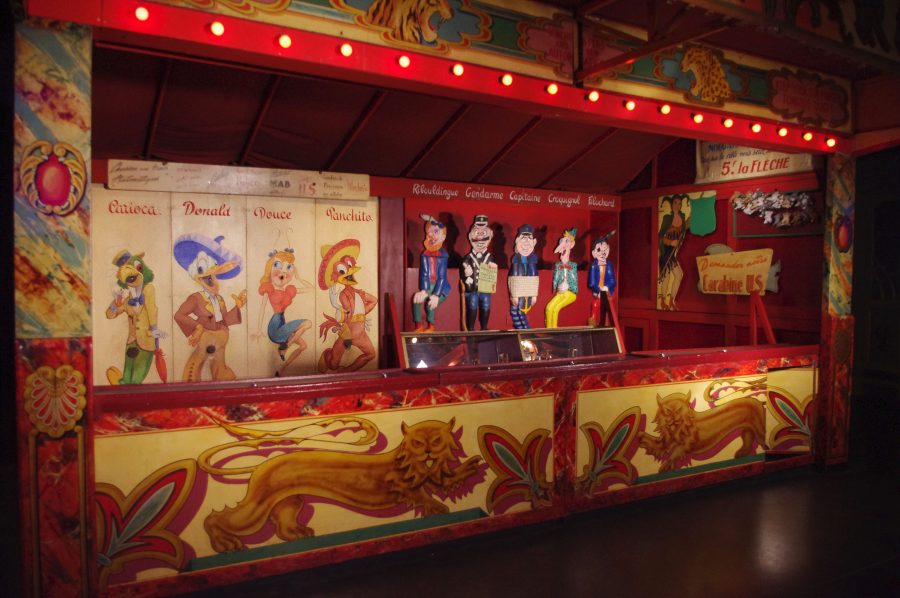 General view of the German swings.

General view of the derby game. 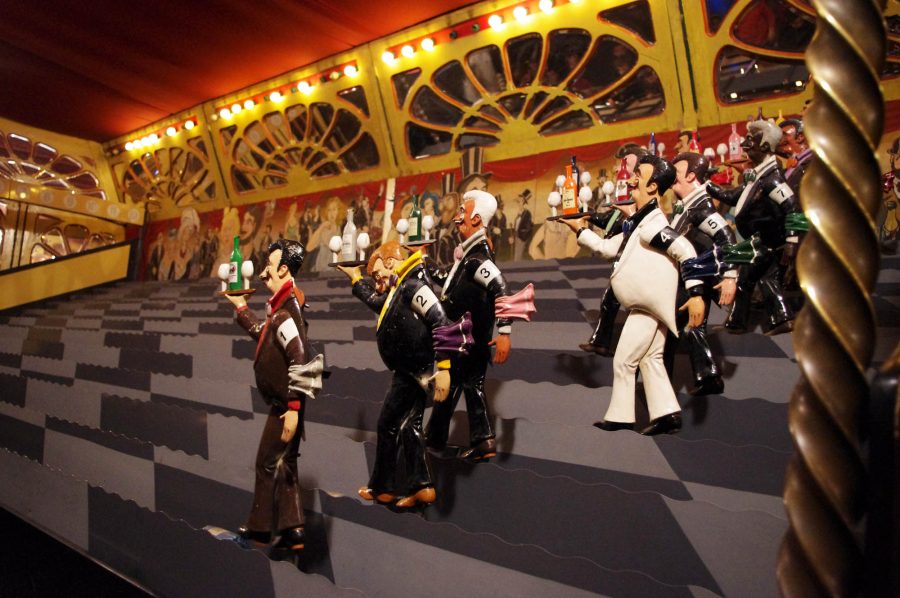 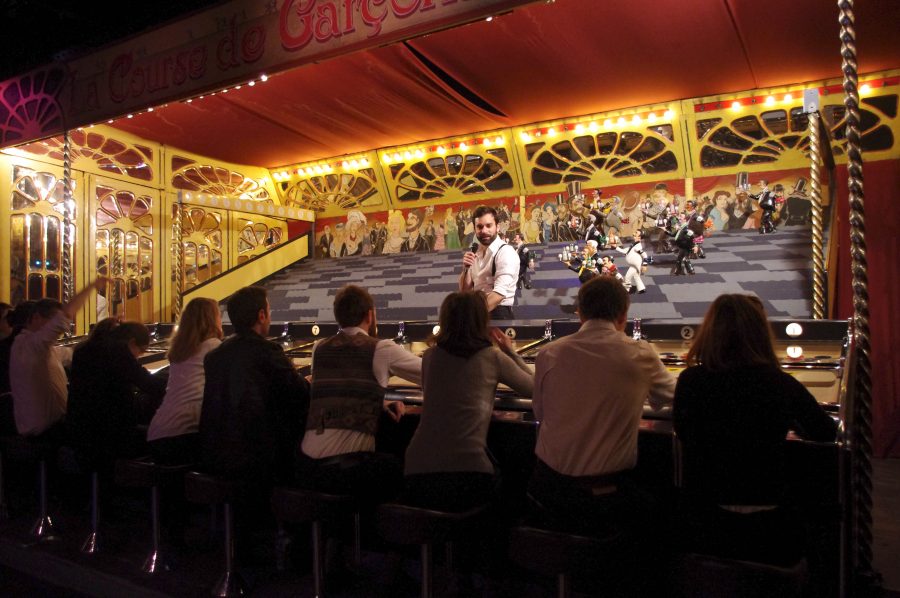 General view of the Velocipede.

Cycling on the Velocipede roundabout. 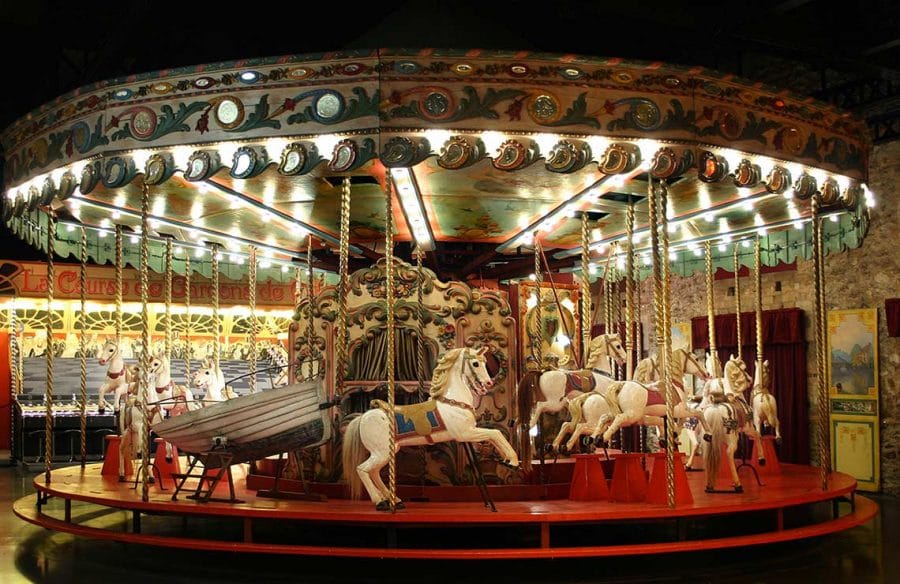 General view of the carousel

Built in 1905 to announce the arrival of funfairs in villages, this instrument will welcome your guests with its powerful flutes.

The Atmosphere of Salons Carousels

The Musée des Arts Forains was the first site to be installed in the Pavillons de Bercy in 1996. It renders the atmosphere of former Salons-Carousels. Behind a beautifully sculpted and imposing facade, a spacious and luxurious covered salon would shelter an organ, a ballroom, a brasserie, attractions and a carousel. There were over thirty nomad monuments of the kind travelling through Europe from one funfair to another in the 1900s.

Everything here is designed to feel once more the warm atmosphere of these convivial places.
As guests walk through the theatre curtains they will enter and become actors of a reconstituted Salon Carousel. In the entrance of the Museum, they are welcomed by two majestic statues and a 1905 organ. The venue’s display is also a tribute to Baroque, abounding with fairground art artifacts inspired by the luxuriousness and imaginative atmosphere of this style.

All the ancient pieces that are present bear witness to the work done by the restorers in our workshops. The booths, velocipede carousel and wooden horse merry go round have been restored to full working condition enabling the discovery of this unusual lively museum through playing and amusement.

The birth of funfairs

Until the 18th century, fairs were privileged spaces for trade and commerce; in the 19th century, they became spaces for entertainment. An entirely new social phenomenon was born: the Funfair. Funfairs not only spread innovations of the industrial era, but also offered an escapade into a world of freedom and dreams. One could discover a great number of attractions : strange physics experiments, popular science, art museums, wax museums, historical and ethnographical museums, fairground zoos… and arious forms of shows that preceded of modern entertainment such as French Théâtre de Boulevard, sport shows, cabarets, musicals, illusionists…and also the movies.

In the golden days of the Belle Époque, people were amazed by Funfairs. Crowds discovered curiosities from all over the world displayed in live shows, at a time when television and global tourism did not yet exist.

It is this lively atmosphere, inviting to a motionless journey into daydream that Jean Paul Favand wanted to recreate in this room, to confer a completely different extent to your special event right in the middle of Paris.

Lighting : 16-channel DMX console controlling 4 scenic lighting zones. Scripted lighting with over 300 sources of light. Customisable according to the event.